The Trustee Board was elected or re-elected by the membership in June 2020 online. 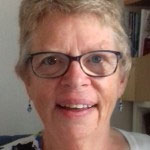 Sue is an APSE Senior Accredited supervisor. Married to a Baptist minister, she has long been aware of the need for ministers to receive support and be held accountable. After a career as a sexual and relationship psychotherapist, supervisor and trainer, Pastoral Supervision is now her main focus of work. Sue set up a supervision practice when she moved to West Yorkshire in 2003 and also has experience of setting up a Supervision Service for clergy. Sue has worked with a wide range of people in different denominations and types of ministry. 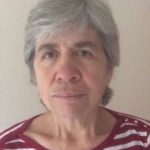 Brenda is a Methodist Minister and retired GP. She is part of the Methodist Church’s training team for pastoral supervision and also a supervisor under their policy which is intended to provide supervision for all ministers.  She has been a member of APSE for several years and hopes to be able to contribute to all that goes on.  She lives in Devon and walks a lot, which gives her plenty of time for reflection. 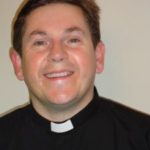 André  is the minister of Balerno Parish Church of Scotland. He has been a minister for 25 years of which 14 years were in South Africa. He has also been a part-time lecturer in South Africa at the University of Pretoria, before immigrating to Scotland in 2008. He gained his BA, BD, MDiv, DD (PHD) in Systematic Theology, joined APSE in 2018 and recently obtained the Certificate in Pastoral Supervision and Reflective Practice. He takes delight in the fact that Pastoral Supervision can be a powerful way of supporting all professionals in the helping professions to talk about and focus on their work through words, creativity, imagination and visual aids. He and his wife, who is also a minister, have two sons. 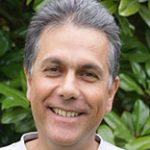 David is a psychotherapist and supervisor, working in private practice, and heading up a Christian counselling agency in Dorset which offers training in pastoral care as well. He is also the Pastoral Care Director of the Association of Christian Counsellors and is passionate about resourcing the church, particularly in the area of pastoral supervision and reflective practice, as a preventative measure against burn out and to promote best practice. David’s vision is to see pastoral care, in all its various facets including pastoral supervision, spiritual direction, mentoring, discipling and chaplaincy, recognised as a profession in its own right. 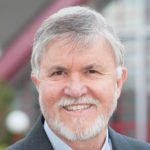 Bill is a Methodist Presbyter and currently serving in North East England. He is part of the Supervision team charged with the training and implementation of the roll-out of Supervision for presbyters, deacons and lay workers within the Methodist Church in Britain. Bill is starting his sixth year of a doctoral degree in Practical Theology with a focus on Ministerial Supervision. From September he will take up a new role as Director of Supervision in Wesley House Cambridge. Bill has been on the APSE Board as a Trustee since 2018. His primary qualification is in Theology, majoring in Pastoral Care and Counselling. In 2009, Bill completed a Master’s Degree in Cross Professional Supervision. He is highly committed to the ethos of Reflective Supervision and believes this should be an essential part of every professional person’s practice. 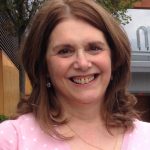 Sue is a UKBHC board registered health care Chaplain and BACP Acc. counsellor who has worked for the last 18 years in palliative care. She is now semi-retired and works part time as a Chaplain in a general hospital as well as offering pastoral supervision within differing organisations. Sue is passionate about the importance of offering care and support to staff to enable them to be resilient and find fulfilment in the work that they do and believes that when we “care for the carers”, this will impact in a positive way on the people that they care for! As a member of APSE, Sue has used the model of pastoral supervision not only with health-care Chaplains, but also with doctors, nurses, and volunteers and is now keen to help to promote access to pastoral supervision in wider contexts so that other professions can benefit.

Deanne is a psychotherapist and supervisor, and has been a member of APSE for five years. As a supervisor her work has included undertaking a clinical co-ordinator’s role in a charity offering counselling to survivors of incest and sexual abuse. Her current supervision practice includes offering individual and group clinical supervision, and she works with both trainee and qualified counsellors. She is a member of the New Testament Church of God, and married to a Pastor. Within the Church, she oversees counselling teams that are made available during national Church conferences. Since COVID-19, she has been asked to offer group supervision for the Church of God of Prophecy counselling team. She has a passion for pastoral supervision, and for her recent doctoral research, explored the emotional demands made on the wives of clergy within the New Testament Church of God. 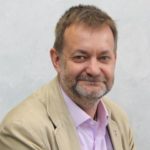 Dave has worked as a local church minister and in regional and national roles for the Methodist Church, picking up tra

ining and experience in a variety of models of support for people in lay and ordained ministry. Dave is an accredited pastoral supervisor and a trained coach and work consultant. He currently supervises within the policy of the Methodist Church and in private practice locally. He is just completing a Diploma course in Supervision in order to gain senior accreditation with APSE. He lives with his wife Jane in Plymouth where they really appreciate being able to access the wonderful Devon beaches and moors.

David is a Salvation Army Officer and on the 5th July 2020 will have completed 45 years of ministry and service. His ministry, along with his late wife Florence(also a SA Officer), for the first 29 years were in Corps (church-based) appointments in Northern Ireland, Cumbria, Lancashire and Yorkshire then Luton. He spent 6 years on divisional headquarters as Mission Director in West Scotland and Yorkshire. The last 10 years of his ministry has been with the Well Being Department and for the past 5 as Head of Regional Well Being Services. He supports officers and senior managers around the UK – signposting to counselling and therapies, coaching and mentoring, mediation, mindfulness, pastoral supervision etc. He retires as an active officer on 1st May 2021. Living in Yorkshire allows him to be near his three married sons and their families including 7 grandchildren. He is looking forward to sharing in the vision and development of APSE as pastoral supervision becomes even more necessary following the implications of COVID-19 pandemic.

Agendas, Minutes and Reports for Board of Trustees